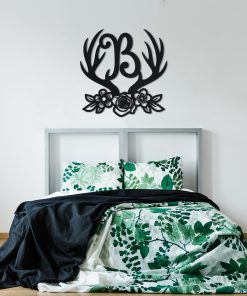 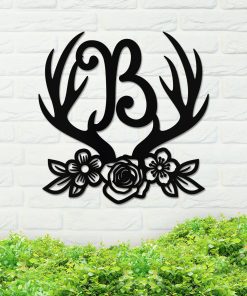 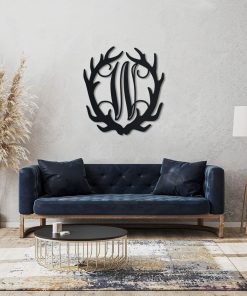 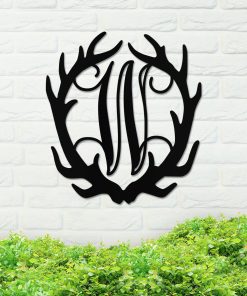 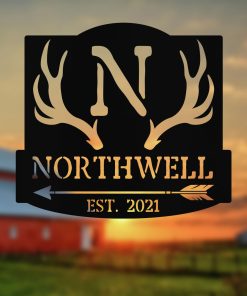 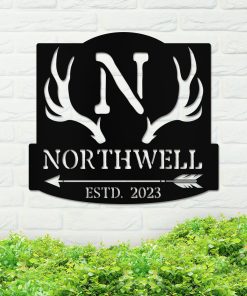 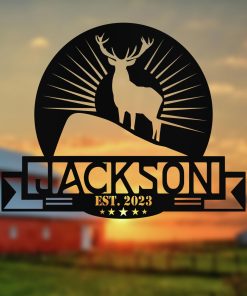 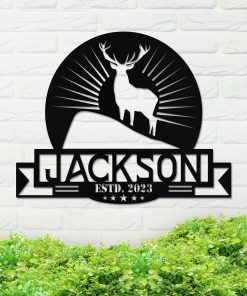 Custom Name and Est Date with Deer and Sunburst Design 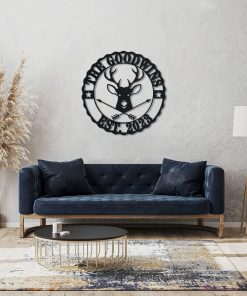 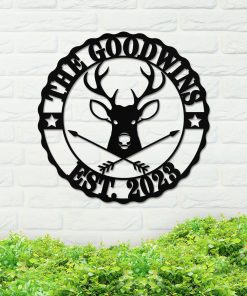 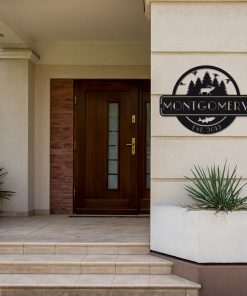 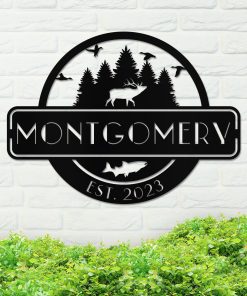 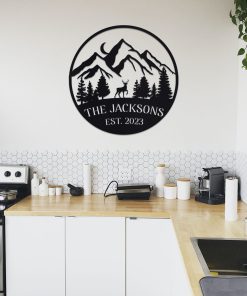 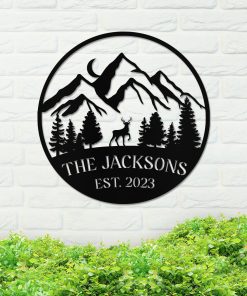 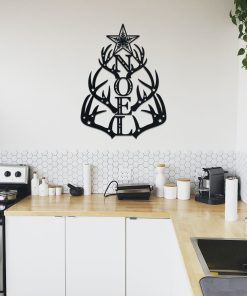 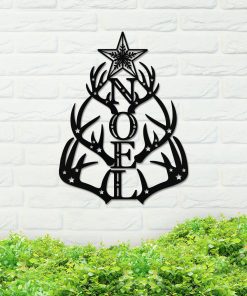 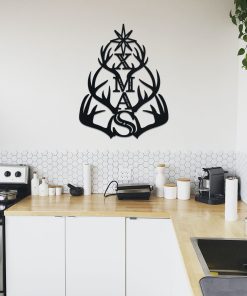 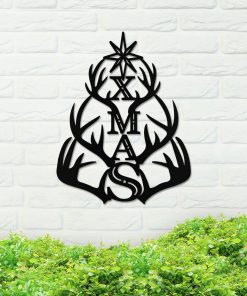 Cultures long before ours used monograms in their art and decorations for hundreds of years. And just like with any ancient tradition, there have almost certainly been periods of time where monograms fell out of fashion. Even so, there’s something enduring about art and décor accents that make liberal use of the monogram – that simple symbol of your family name that says so much about your history, your legacy, and about you yourself. When combined with an enduring design of mystery and natural beauty like the antler, you have a stunning piece of art that you can hang on any wall with pride. Our Antler Monogram Signs bring together these two beautiful worlds to create something we think you’ll find truly special.

Get Personal With Your Décor
There is a magic to interior decorating that incorporates an intensely personal touch. While there’s nothing wrong with “generic” artwork and design accents that you pick up here and there – sometimes you just want something that looks pretty – there is a wide divide between “art that anyone could have” and art that is unique to you and your family. That’s why our antler monogram signs are so special. They are a representation of you, externalized to your décor. Isn’t that really what owning a home is all about? Isn’t that what starting a new business is all about? You want a place you can identify with in all the best ways. Monogram art is a great way to start.

Using Antlers as a Design Element
As you know, antlers are the ultimate symbol of nature, freedom, and the call of the wild. Every year as a deer grows, these bone-like horns grow, ensconced by a protective and nutrient-rich velvet. After the antlers have achieved maturity, the growing bone dies and the structure is shed in the wake of mating season. These natural antlers are commonly used in home decoration – go to any hunting cabin and you’re certain to see a few examples.

Antlers have been used in decorative ways for thousands of years, dating back to Chinese cultures and the ancient Roman Empire. While they are often incorporated into hunting trophies these days, the shed structures (as well as their faux counterparts, often made of wood or metal) do not have to be limited to a hunting theme. Increasingly, homeowners who have little to no interest in hunting are putting antler designs to work in their houses as a way to bring the wild of nature into the comfortable, digital world we’ve surrounded ourselves with. It is nothing less than an attempt to put a little more natural beauty into our lives.

Antler Monogram Signs: A Timeless Combination
We often see ourselves, as humans, as somehow separate from the rest of the natural world. But this isn’t so. Just as bears, rabbits, and, yes, deer are born out of the universe, so too are we. Underneath the differences in form, we all share this common source. By combining something as human as a monogram with something as natural and wild as an antler theme, you are bringing the two worlds together. As it should be.